Skip to main content
It looks like you're using Internet Explorer 11 or older. This website works best with modern browsers such as the latest versions of Chrome, Firefox, Safari, and Edge. If you continue with this browser, you may see unexpected results.

A guide to Washington legal resources.

Washington cases are reported in the following reporters: 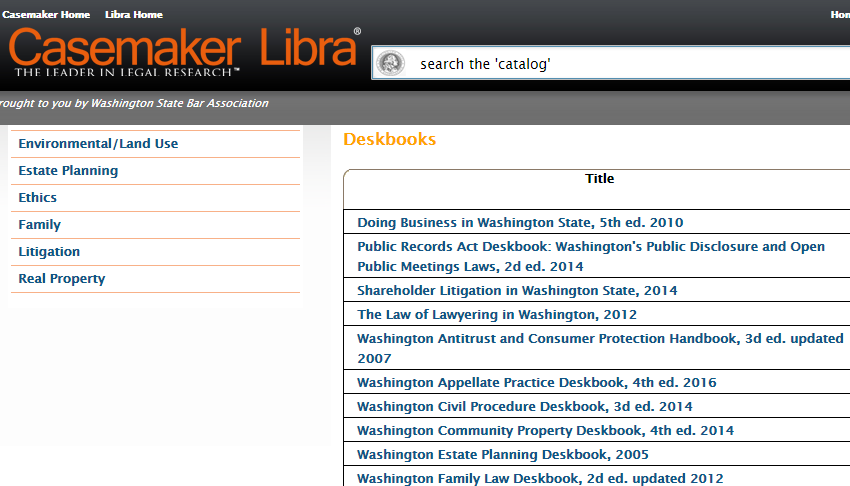 The Washington State Law Library (WSLL) has compiled a research guide with helpful links to Washington Forms, including a link to The Washington State Court Forms website, which provides a list of forms that are used statewide in Washington Courts.  It includes many mandatory forms used in family law (divorce, child support, parenting plans, relocation, domestic violence, etc.) as well as other forms dealing with bankruptcy, garnishment, small claims, criminal law, juvenile offenders, and guardianship.

You can also find forms on Westlaw, Lexis, and Bloomberg. 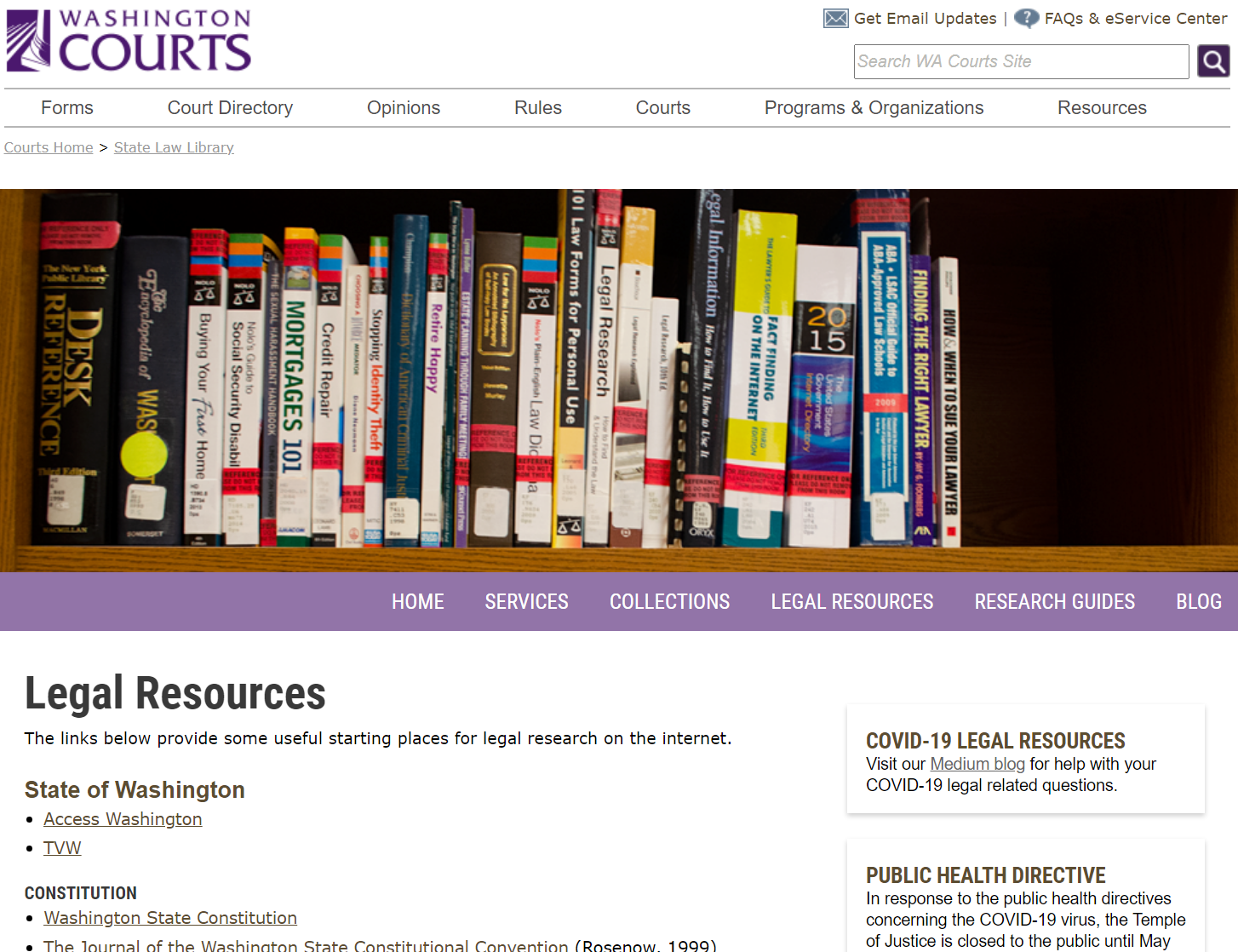 The Revised Code of Washington (RCW) is the compilation of all permanent laws now in force. It is a collection of Session Laws (enacted by the Legislature, and signed by the Governor, or enacted via the initiative process), arranged by topic, with amendments added and repealed laws removed. It does not include temporary laws such as appropriations acts.

The print version of the RCW that contains the certificate of the Statute Law Committee is considered the official code (see RCW 1.08.040 The RCW is also available online at the Washington State Legislature's website.