On August 5, 1861, President Abraham Lincoln signed the Revenue Act, passed by Congress, implementing the first income tax ever levied by the federal government. A month earlier, President Lincoln met with Congress to deal with the national emergency caused by the outbreak of the Civil War.  In an effort to generate the funds necessary to pursue the war efforts, Lincoln and Congress decided to impose a 3 percent tax on annual incomes over $800. In 1871, Congress repealed Lincoln’s tax law, but passed the 16th amendment in 1909, which established the federal income-tax system in place today. In 1913, Congress ratified the 16th Amendment.

6 - Voting Rights Act is signed by President Lyndon B. Johnson to ban race-based discrimination in voting On August 8, 1945, President Truman signed the United Nations Charter. The United Nations was formed after WWII in an attempt to maintain international peace and security and to achieve cooperation among nations on economic, social, and humanitarian issues. Its predecessor was the League of Nations, formed during WWI and established in 1919 under the Treaty of Versailles. It attempted to maintain international peace and security; however, the League of Nations activities ceased after it failed to prevent WWII.

The United Nations consists of two main bodies: the General Assembly, which includes all member nations, and the Security Council. The five victors from WWII, China, Great Britain, United States, France, and Russia make up the permanent members of the Security Council, along with ten other countries elected by the General Assembly that serve two-year terms. There are nearly 200 member nations of the United Nations today. 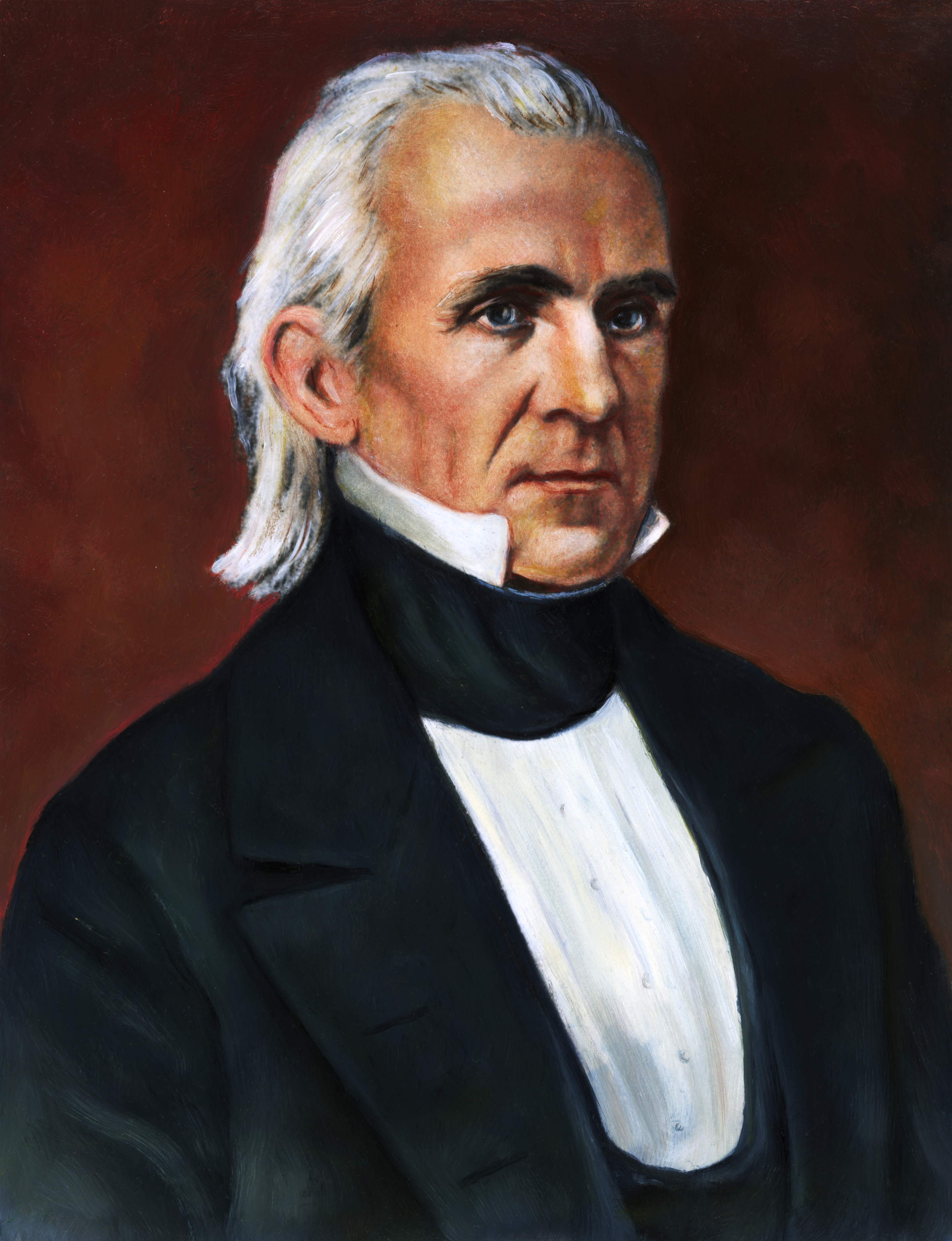 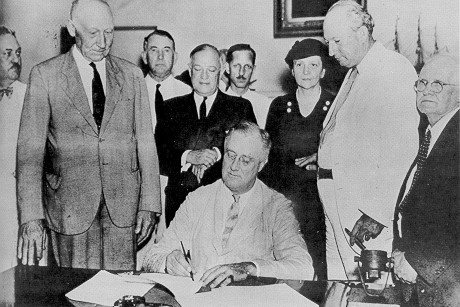 On August 15, 1935, President Franklin D. Roosevelt signed the Social Security Act into law. Responding to the widespread suffering caused by the Great Depression, President Roosevelt asked Congress for “social security” legislation on January 17, 1935. The Act would provide old-age benefits that would be financed by a payroll tax on employers and employees. The system later expanded to provide benefits for the disabled, dependents, and the unemployed. Prior to the Social Security Act, elderly people often faced the prospect of poverty upon retirement. 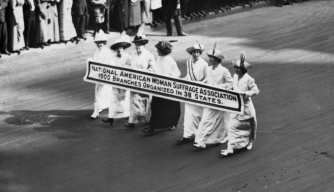 On August 18, 1920, the 19th amendment was ratified, granting women the right to vote. The effort to achieve this milestone involved decades of struggle and protest. Women suffrage supporters in the mid-19th century lectured, wrote, marched, lobbied, and protested to change the Constitution. In 1878, the amendment was first introduced to Congress, and it would take the tireless efforts of women suffrage supporters several more decades to see the amendment ratified.

19 - Sandra Day O’Connor was nominated to the Supreme Court