Congress passed the conscription law on March 3, 1863, when faced with a major challenge posed by the Confederacy to the Federal Government’s survival and President Lincoln’s legitimacy.

However, the first draft in the United States was not imposed by Congress but by the Confederacy. This may come as a surprise to some, since a federal draft is antithetical to the principle of state sovereignty over a federal body. Confederate President Jefferson Davis ended up clashing with powerful state governors for this very reason, and the governors often used states’ rights arguments to withhold their militia units from national service and otherwise blocked mobilization plans. By the time Congress implemented the conscription law, the South’s draft was in effect for nearly a year.

Congress’ act called for registration of all males between the ages of 20 and 45, including immigrants with the intention of becoming citizens, by April 1. Exemptions from the draft could be bought for $300 ($5,555 in 2014 dollars) or by finding a substitute draftee (good luck with that). Conversely, Southerners who owned twenty or more slaves were exempt from their draft. As a consequence to the Congressional act, bloody draft riots in New York City erupted; protesters were outraged that exemptions were effectively granted only to the wealthiest U.S. citizens. Events surrounding the riot were the backdrop of Martin Scorsese’s film Gangs of New York.

Ultimately, however, the Federal Draft played a major role in the eventual victory of the Union, and the Civil War effectively implanted an appreciation of Supremacy in the minds of the American people.

“Before the war, it was said 'the United States are' - grammatically it was spoken that way and thought of as a collection of independent states. And after the war it was always 'the United States is', as we say today without being self-conscious at all. And that sums up what the war accomplished. It made us an 'is'.” Shelby Foote (The Civil War, 1970) (Summary by Justin Abbasi) 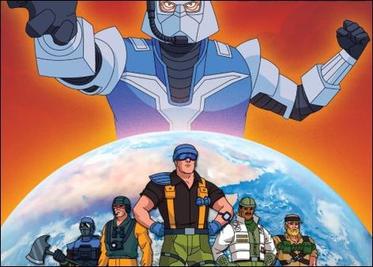 Courts decide so many fascinating questions. In 1989, the Federal Circuit Court of Appeals was asked to determine whether G.I. Joe Action Figures were dolls or toy soldiers (technically, "Toy figures of animate objects (except dolls): Not having a spring mechanism: Not stuffed: Other"). The reason a court was involved is that a different tariff rate applied depending on the classification. From the final words of the opinion: "Even though G.I. Joe has lost this battle, hopefully he will not lose his courage for combat, despite being officially designated by the United States Customs Service as a "doll."

The attack on President Lincoln by John Wilkes Booth came five days after General Robert E. Lee surrendered at Appomattox. Booth’s initial plot was to kidnap Lincoln and take him to Richmond, the Confederate capital. When this plot, which was to have occurred in mid-March became moot, because Richmond soon fell, he devised a second plan to simultaneously assassinate Lincoln, Vice-President Andrew Johnson and Secretary of State William Seward. He hoped to throw the government into chaos by killing the President and his likely successors.

This second plot was put into action. One of Booth’s co-conspirators was able to break into William Seward’s home and seriously wound him. The person assigned to attack Andrew Johnson, however, lost his nerve and fled. Booth was able to gain entry to Lincoln’s box at the Ford Theater and shoot him in the back of the head. As Booth leapt from the box to the stage he shouted “Sic semper tyrannis!" breaking his leg in the fall. In spite of the broken leg, Booth managed to escape Washington on horseback.

The president, mortally wounded, was carried to a lodging house opposite Ford's Theater. He died early the next morning. Abraham Lincoln was the first U.S. president to be assassinated. He was 56 years old. Booth was captured in Bowling Green, Virginia, and died from a (possibly self-inflicted) bullet wound as the barn he was hiding in burned to the ground.